Did Jeremiah Predict Disaster for Iran? 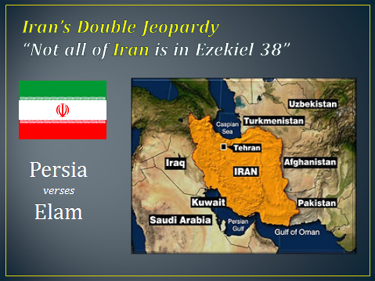 Ezekiel and Jeremiah were contemporaries, and they prophesied during the reign of the Babylonian Empire around 6th century BC. Ezekiel discussed the future fate of Iran under the banner of Persia, but Jeremiah spoke specifically about Iran as Elam. In 1935 Persia was renamed Iran, but in former times the two territories, Persia and Elam, were distinct from each other. 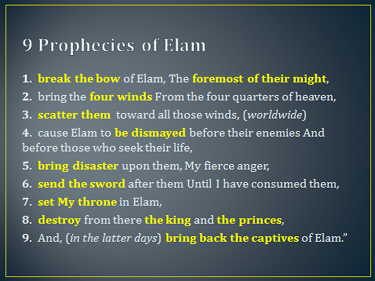 Watch Bill’s timely teachings about the biblical implications of the Arab Spring, and how the 9 prophecies of Elam in Jeremiah 49:34-39 could find fulfillment soon, below!