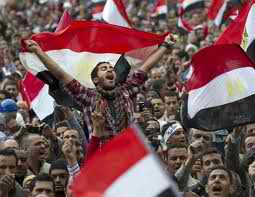 Dear Mr. Salus, Greetings in the Name of our Savior and Lord Jesus Christ. In reading some of your articles it is clear you believe Psalm 83 precedes Ezekiel 38. I’m puzzled about some prophecies regarding Egypt in the end time’s. Could you please answer the following questions?

A.I believe Egypt’s 40-year desolation period, which corresponds with the 40-years of Egyptian deportation into world nations remains, an unfulfilled prophecy. However, some expositors believe this has already been fulfilled. To argue their point they often refer to the writings of the Jewish Historian Josephus in “Antiquities, Book 10, Chapter 11, Section 1″. Book 10 is titled, “From the Captivity of the Ten Tribes to the First of Cyrus” and Chapter 11 is titled, “Concerning Nebuchadnezzar and His Successors, and How Their Government was Dissolved by the Persians; and What Things Befell Daniel in Media; and What Prophecies He Delivered There”.

In this section Josephus appears to quote Berosus from “the third book of his Chaldaic History” that a young Nebuchadnezzar was sent by his father to conquer Egypt due to rebellion by the Egyptian governor appointed by Nebuchadnezzar’s father. Deportation is spoken of as follows, “…the captive Jews, and Phoenicians, and Syrians, and those of the Egyptian nations, and having committed the conveyance of them to Babylon…” (i)

The Egyptian 40-year captivity could have been fulfilled at this time; however it is hard to find historical or archaeological proof that this past deportation spanned 40-years. Thus Ezekiel 29:12 may still be a pending prophetic event. 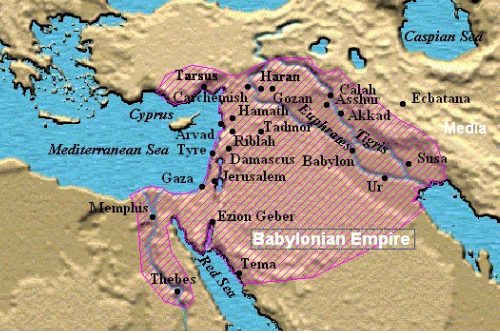 Portions of Ezekiel 29-30 seem to find connections with Nebuchadnezzar’s time; however Ezekiel 30:3 alludes to the “day of the Lord,” which is commonly associated with the Tribulation period. Additionally, Ezekiel 30:5 speaks of more than Egypt being attacked. It alludes to Ethiopia, Libya, Lydia, and Chub. The expanse of Nebuchadnezzar’s kingdom seems to not have included all these countries. Therefore, this part of Ezekiel’s prophecy seems to connect better with Daniel 11:42-43, which is also often taught to be a Tribulation event.

Thus, we have to consider the possibility that Ezekiel 29-30 contain both near (fulfilled during prophets lifetime) and far (to be fulfilled after the prophets lifetime) prophecies. Some events Ezekiel describes clearly found fulfillment during Nebuchadnezzar’s time (near), whereas others seem to be reserved for future fulfillment.

It is hard to imagine how 82 million Egyptians today, minus those slain and those who remain in Egypt after both Psalm 83 and Daniel 11:42-43, could be deported in the future. But, that could be what the Ezekiel 29:12 implies.”

Additionally the widely respected eschatologist, Dr. Arnold Fruchtenbaum discusses these topics briefly in his Footsteps of the Messiah. The pertinent pages to study regarding Isaiah 19 and Ezekiel 29 are 497-509. In a nutshell, he states that because of Egypt’s longstanding hatred of Israel … they will suffer desolation similar to that of Edom according to Joel 3:19. This desolation will lead to the 40-years of Egyptian deportation.

Q. Isaiah 19:23 says there will be a highway out of Egypt to Assyria and the Assyrian shall come into Egypt. When do you believe this finds fulfillment?

A. I believe this finds fulfillment during the 1000-year Messianic Kingdom period.

Q. Isaiah 19:18 says 5 cities in Egypt will speak the language of Canaan. Has this happened in history?

A. The language of Canaan was Hebrew. I believe this remains an unfulfilled prophecy. Contextually, these five cities speak Hebrew after Egypt has a terrorizing encounter with Judah (Israel). I believe this encounter has to do with Egypt’s participation in the climactic concluding Arab – Israeli war described in Psalm 83. Egypt is identified in Psalm 83 under the banner of the “Hagarenes.” Hagar was the Egyptian matriarch who mothered Ishmael to Abraham.

However, some teach this may have already found fulfillment. Here is what the “New Commentary on the Whole Bible; Old Testament” says – “By Jeremiah’s day, 130 years later (Jer. 44:1), four places are addressed by the prophet as having Hebrew speakers: Migdol and Tahpanes, both in the northeastern delta; Noph (Memphis), located at the base of the delta; and Pathros, upper Egypt. Elephantine Island, at Egypt’s southern border, was inhabited by Jews in the sixth century b.c.”