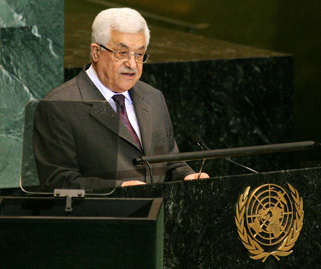 On September 23, 2011 some of the Palestinians petitioned the United Nations to be recognized as its newest member state. Mahmoud Abbas, primarily representing the Palestinian refugees in the West Bank, requested that prime property acquired by Israel in 1967 be returned in exchange for peace with the Palestinians. U.S. President Barrack Obama made a similar appeal in May of 2011, which Israeli Prime Minister Benjamin Netanyahu outright rejected.

Meanwhile, the Hamas hailing from the Gaza territory rejected the U.N. bid for statehood on the grounds that they don’t want peace with Israel. In 1988 Hamas formed a charter that called for the destruction of, rather than peace with, Israel. Their mandate calling for Israel’s destruction is still in force.

The Palestinians appear divided amongst each other politically, but united against Israel principally. The core of the conflict is centered upon Israel’s right to exist as the Jewish state in the Middle East. The twenty-two membered Arab League supports the creation of another Arab state in the region called Palestine.  Generally speaking, they oppose the existence of Israel. It is a geo-political showdown between the competing ideologies of Palestinianism and Zionism.

In her book Eurabia, Bat Yeor writes: “Palestinianism condenses jihadist values. It promotes the destruction of Israel, the denial of Hebrew biblical history and hence Christianity. It preaches Islamic replacement theology and the Arabization and Islamization of the Holy Land’s biblical archeology.”

As understood by Bat Yeor’s definition, Palestinianism directly opposes Zionism, which promotes the existence of a Jewish state in the ancient Hebrew homeland of Israel. The Arab – Israeli conflict has historic roots dating back thousands of years ago. The ancient hatred of the Arabs toward the Jews identified in the Bible in Ezekiel 25:15 and 35:5 is coming to a head. The Palestinian U.N. bid for statehood may be what culminates in the prophesied Arab-Israeli war of Psalm 83.

Psalm 83 predicts that the plight of the “tents of Edom,” leads to the formation of an Arab confederacy that would today represent Palestinians, Hezbollah, Hamas, Syrians, Egyptians, Jordanians, Saudis, Lebanese, Iraqis, and possibly others. The goal of the confederacy is the destruction of Israel and the capture of their Promised Land.

In order to understand the ancient origin of the Arab-Israeli conflict and why the Palestinian U.N. bid for statehood is destined for failure, click here to read the article I wrote in May of 2010, called “The Twin Prophecies of Jacob and Esau.”