Does God have Satan in checkmate? 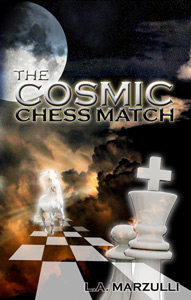 This week on Prophecy Update Radio Bill interviews author researcher LA Marzulli about the spiritual warfare going on in the invisible realms. Whose turn is it to make the next supernatural move? How will it adversely affect mankind? Will it be Mideast war, extra-terrestrial disclosure, Marian apparitions, unexplainable Christian disappearances, or something else?

According to LA Marzulli humankind is primed for a world changing event to take place and the preponderance of the Church seems clueless. What is the next game-changer and when will it happen?

LA Marzulli is the author of the recently release book called The Cosmic Chess Match.