Egypt in the End Time’s 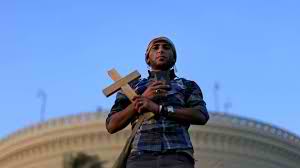 Someday Egypt will have a saved remnant that will enter into the Messianic kingdom. Here’s what Isaiah 19:23-25 declares:

In that day there will be a highway from Egypt to Assyria, and the Assyrian will come into Egypt and the Egyptian into Assyria, and the Egyptians will serve with the Assyrians. In that day Israel will be one of three with Egypt and Assyria—a blessing in the midst of the land, whom the LORD of hosts shall bless, saying, “Blessed is Egypt My people, and Assyria the work of My hands, and Israel My inheritance.”

That’s the good news for Egypt, but the bad news is that this Egyptian remnant represents the lowliest of all the kingdoms inside the millennial kingdom. This is what Ezekiel 29:12-16 predicts:

I will make the land of Egypt desolate in the midst of the countries that are desolate; and among the cities that are laid waste, her cities shall be desolate forty years; and I will scatter the Egyptians among the nations and disperse them throughout the countries.” ‘Yet, thus says the Lord GOD: “At the end of forty years I will gather the Egyptians from the peoples among whom they were scattered. I will bring back the captives of Egypt and cause them to return to the land of Pathros, to the land of their origin, and there they shall be a lowly kingdom. It shall be the lowliest of kingdoms; it shall never again exalt itself above the nations, for I will diminish them so that they will not rule over the nations anymore. No longer shall it be the confidence of the house of Israel, but will remind them of their iniquity when they turned to follow them. Then they shall know that I am the Lord GOD.”’” 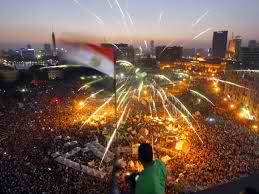 How does Egypt, which today is the strongest most populated Arab nation, become the lowliest kingdom in the world? Find out by watching Bill’s teaching video, TV shows, and articles linked below.

That they (Egyptians, and Arabs) may know that You, whose name alone is the LORD, Are the Most High over all the earth.

Video Presentation: The Three Judgments of Egypt – This presentation is from Calvary Chapel Spokane on 12/31/12. (CLICK ON SESSION 3 UNDER GUEST SPEAKER BILL SALUS)

Article: “I Will Set Egyptians Against Egyptians.”

These are a few teaching aids about Egypt in the End Time’s. Bill believes that Isaiah 19:1-18 could be coming into play presently. For a detailed study of Isaiah 19, purchase Bill’s bestselling book called, Psalm 83: The Missing Prophecy Revealed, How Israel Becomes the Next Mideast Superpower.