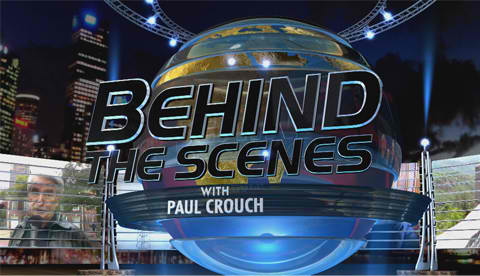 Go Behind the Scenes on TBN TV with Dr. Paul and Matt Crouch as they interview Bill Salus about his Psalm 83 book. Find out how the terrorist events on 9/11 birthed the Harbinger and Psalm 83 books. The panel of three expresses their sincere concerns that the future for America looks grim unless the country makes a spiritual U-turn back to the God of the Bible.

This TV show points out that the Psalm 83 war could be the conflict that might have association with the coming Blood Red Moons on the holy feasts of Passover and Tabernacles in 2014 and 2015.

The information presented in this interview is extremely important as it discusses the prophetic implications of current Middle East events. If you are unfamiliar with Psalm 83, or want a richer understanding of this ancient prophecy, you will want to watch this timely TBN broadcast.

Click HERE to watch this TBN TV Behind the Scenes program, which aired live on 9/11/13.