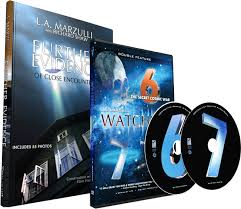 In this installment of the Prophecy Update Radio program, LA Marzulli takes the listener out to the front lines of the burgeoning UFO phenomena. Marzulli recently returned from conducting research in Peru for his soon to be released Watchers 8 DVD. This program was prerecorded just days before his departure.

In this interview LA Marzulli takes the audience into the operating room for the surgical removal of an Alien implant in a former abductee. But, something goes terribly wrong! The implant mysteriously disappears from the surgeons view.

What happened? Is it possible that the implant was supernaturally shut off externally to avoid detection? It was clearly visible the day before, but when operation time came it had seemingly vanished.

Marzulli began praying and click HERE now to find out what happened.