Is Psalm 83 a Prophecy or Prayer? The Ice vs. Salus TV Debate 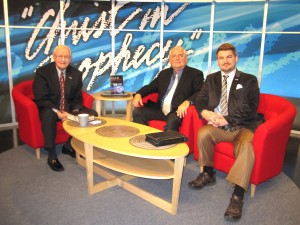 Many Bible prophecy experts like Hal Lindsey, Dr. David Reagan and Chuck Missler believe that Psalm 83 is an important prophecy for our time. Others, like Dr. Thomas Ice and Dr. Mark Hitchcock believe the Psalm is primarily a prayer of lament and not necessarily a prophecy.

You are invited to watch a televised debate between Dr. Thomas Ice and Bill Salus that is presented by Christ in Prophecy TV concerning Psalm 83.

Dr. Ice believes that it is “utter speculation” to consider Psalm 83 as a Bible prophecy. Bill Salus provides Scriptural proof that the author of the Psalm was a prophet. Moreover, Salus explains how the details of the Psalm apply to an impending Bible prophecy.

Dr. David Reagan, the host of the program, concludes the show by agreeing with Bill Salus that Psalm 83 is a legitimate prophecy to be watching for. Both Salus and Reagan believe that Psalm 83 could precede the Gog of Magog invasion described in Ezekiel 38 and 39. Watch the show below.