The Fig Tree Parable for the Final Generation 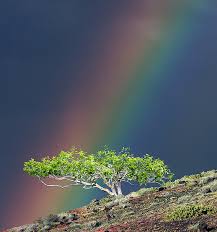 “Now learn this parable from the fig tree: When its branch has already become tender and puts forth leaves, you know that summer is near. So you also, when you see ALL THESE THINGS, know that it is near—at the doors! Assuredly, I say to you, this generation will by no means pass away till ALL THESE THINGS take place. Heaven and earth will pass away, but My words will by no means pass away.” (Matthew 24:32-35)

Unwittingly, this type of teaching date sets a Pre-tribulation Rapture. For instance, adding 70-years to May, 1948 means that May, 2018 could be the end of the world. But herein is the problem with this idea; the world as we know it can’t end until the Rapture occurs, and is sometime thereafter followed by 7-years of Tribulation. (Of course I believe in a Pre-Trib Rapture).

If May, 2018 was the drop-dead date for the end of the world, then the Rapture should have occurred before May, 2011 and the Tribulation should have already commenced.

Conversely, I don’t believe these passages date set when a final generation exists; rather they simply inform us that a final generation will exist. After drawing attention to Israel as the super-sign of the end times in Matthew 24:32, Christ says in verse 34, “Assuredly, I say to you, this generation will by no means pass away till ALL THESE THINGS take place.”

This beckons the question of “What THINGS was the Messiah alluding to?” Certainly the main THING Christ alluded to was the nation of Israel as the parable of the fig tree, but the Lord didn’t say “When you see that sole thing, the final generation exists.” Christ alluded to EVERYTHING that He had predicted throughout Matthew 24:2-29, 32.

The point I believe the Lord was making, is that some generation will be able to say, “Yes, EVERYTHING that Jesus Christ predicted in the Olivet Discourse has found fulfillment with 100% accuracy.” That generation will be the Tribulation Generation that can say ALL THESE THINGS (prophecies) can be read about in the history books.

The generation that can testify to the fulfillment of ALL THESE THINGS will be the final generation. For them the only THING left to be looking for is the BEST THING, the SECOND COMING of CHRIST to establish HIS MESSIANIC KINGDOM THING!

(This commentary was a small part of a commentary written in June, 2012 and the above section was revised on 11/1/15).

Read the entire PROPHETIC FORUM commentary below in two parts.

Read PART ONE of the Prophetic Forum