Part One: The Details and Identities of the Two Witnesses of Revelation 11 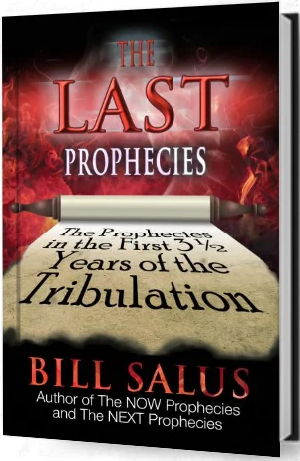 The Details of the Two Witnesses

The Identities of the Two Witnesses 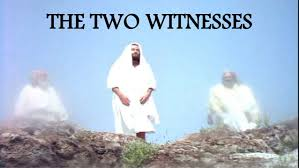 Is it possible, from the clues provided in Revelation 11:3-13, to make an educated guess as to who are these Two Witnesses? Some believe that they are Moses and Elijah. Others suggest they are Elijah and Enoch. Some have posited that they could be none of the above, but might be two entirely new faces. The strong arguments that favor Moses and Elijah as the Two Witnesses are explained below.

2. Moses and Elijah possessed in the past the similar supernatural powers that the Two Witnesses possess in the future. These powers include:

• Fire that proceeds from the mouth and devours their enemies (v5),
• Power to shut heaven so that no rain falls in the day of their prophecy (v6),
• Power over waters to turn them to blood (v6),
• The ability to strike the earth with ALL PLAGUES, as often as they desire (v6).

Elijah’s former powers concerning rain are documented in 1 Kings 17:1, 1 Kings 18:1, James 5:17-18. Elijah also called down fire from heaven in 1 Kings 18:38, and 2 Kings 1:10. Moses turned the waters to blood in Exodus 7:20-21. Concerning Moses and his ability to strike the earth will all plagues, he struck Egypt with ten plagues, which led to the Exodus of the Hebrews out of Egyptian bondage. The plagues were:

Observation: The Plagues of the Two Witnesses and the Trumpet Judgments 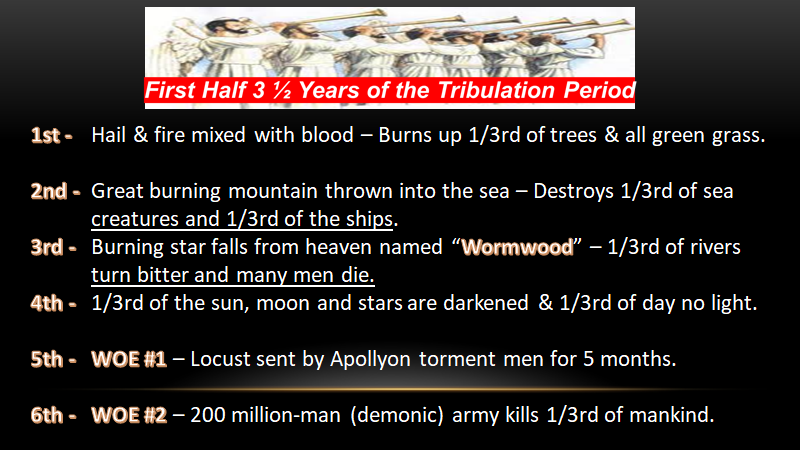 It’s worthy to note, that some of these plagues seem to be repeated in some variation within some of the trumpet judgments detailed in Revelation 8-9. The first trumpet involves hail and fire mingled with blood (Rev. 8:7). The second trumpet predicts that one-third of the seas will turn into blood (Rev. 8:8). The fourth trumpet says that one-third of the sun, moon and stars become darkened (Rev. 8:12). The fifth trumpet involves a plague of locusts (Rev. 9:3).

It can be assumed that the tormenting is primarily the result of the Two Witnesses executing their powers, which includes the ability to strike the earth with ALL PLAGUES in Rev. 11:6. When these Two Witnesses lie dead in the streets of Jerusalem, “those who dwell on the earth will rejoice, make merry and send gifts to one another.” This merriment is likely because the gift-givers could be under the impression that ALL the PLAGUES end with their deaths. It wouldn’t be surprising if at that time the Antichrist, who kills these Two Witnesses, comes out publicly and declares that the plagues have ended. However, the plagues will continue to happen as the bowl judgments are poured out in the Great Tribulation.

More reasons to favor Moses and Elijah as the Two Witnesses continues below.

4. The Old Testament prophet Malachi predicts the return of Elijah.

“Behold, I will send you Elijah the prophet Before the coming of the great and dreadful day of the Lord. And he will turn The hearts of the fathers to the children, And the hearts of the children to their fathers, Lest I come and strike the earth with a curse.” (Malachi 4:5-6)

5. Moses represents the Law and Elijah the Prophets. When the Two Witnesses are on the earth, the Jews are reinstating the Mosaic Law and its animal sacrificial system. Moses and Elijah would be prime candidates to rebuke this effort. Both know that Jesus Christ is the Messiah. This was evidenced clearly to them at the mount of Transfiguration when the Lord said, “This is My beloved Son, in whom I am well pleased. Hear Him!” (Matthew 17:5). Jesus Christ fulfilled the Law, (Matthew 5:17), and in so doing, He rendered it inoperative. Galatians 3:24 clarifies the purpose of the law. It reads, “Therefore the law was our tutor to bring us to Christ, that we might be justified by faith.”

6. There was a dispute between Satan and Michael the archangel over the body of Moses. This could imply that Satan is concerned about Moses returning to the earth again as one of the Two Witnesses, (Jude 1:9). According to some midrashim accounts, God grants Moses a beautiful death. Below is a quote from an article entitled, “The Divine Kiss.”

How did a soft and gentle kiss from the Lord bring an end to the life of Moses? Where is the undisclosed location of his grave? Did Moses truly die and was he buried? The answers to these two questions appear to be yes and yes, but his appearance at the “Mount of Transfiguration” about 1200 years after his death, established the biblical and historical precedent for his potential return as one of the Two Witnesses.

The Timing of the Two Witnesses

There is a debate about whether these Two Witnesses prophesy in the first or second half of the Tribulation Period. Below are some quotes from some of today’s most respected Bible prophecy experts on this timing topic. Dr. Ron Rhodes writes the following in his book entitled, The End Times In Chronological Order.

In his book on page 127, Dr. Rhodes places the death and resurrection of the two witnesses at the midpoint of the Tribulation Period just before the Antichrist annuls the false covenant in Daniel 9:27 through the Abomination of Desolation spoken by Jesus in Matthew  24:15-22. Thus, Rhodes places the timing of the Two Witnesses in the first half of the Tribulation Period.

STAY TUNED FOR PART TWO OF THIS ARTICLE THAT PROVIDES