Psalm 83 in the News PITN TV 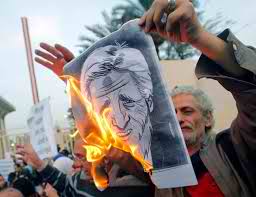 These days the mainstream media has its hands full reporting all the disturbing news surrounding the Obama Administration. Between the IRS scandal, the Benghazi cover-up, and the Associated Press leaks concerning Yemen, the beltway is buzzing with stories to cover. Meanwhile, the alarming Mideast developments surrounding Israel and Syria’s dangerous head-butting has been pushed to the back-page of the press.

Nonetheless, Secretary of State John Kerry continues to press Israel to forfeit Promised Land to push for a two-state solution to gain an elusive peace with the Arabs. Now we see horrible tornadoes have torpedoed through the Bible belt leaving destruction in their wake. Several eschatology experts have shown the significant correlation between such U.S. Government pronouncements and actions and natural disasters befalling America. For example, Hurricane Katrina roared to life and struck New Orleans simultaneously with U.S. blatant pressure on Israel to vacate the Gaza in the summer of 2005.

This geo-political connection is based upon what is specified in Genesis 12:3, which declares that however a nation treats Abraham is how that country will be treated in return. Other portions of scripture point out that this divine foreign policy is not limited by time and applies to the nation of Israel today.

It’s seems safe to say that in light of the above, things in America and the Mideast are spinning out of Obama’s control. It would not be surprising to see John Kerry ratchet up pressure on Israel to make sweeping concessions in order to resolve the Arab-Israeli conflict. This is because time, prophetically speaking, is now in short supply and patience, politically speaking, is no longer a luxury afforded to the volatile Middle East. It seems inevitable that a regional war is imminent in the Holy Land!

You are invited to watch a timely and informative Prophecy in the News (PITN) TV show that points out how an ancient Bible prophecy predicting a concluding Arab-Israeli war appears poised to find its final fulfillment. Host Gary Stearman interviews Bill Salus about his latest bestselling book called Psalm 83 – The Missing Prophecy Revealed, How Israel Becomes the Next Mideast Superpower. Stearman points out that Salus’s Psalm 83 book is the top-selling book in PITN history.

Click HERE to watch part one of this two-part TV series.

Officials warn of Syria conflict quickly spiraling out of control