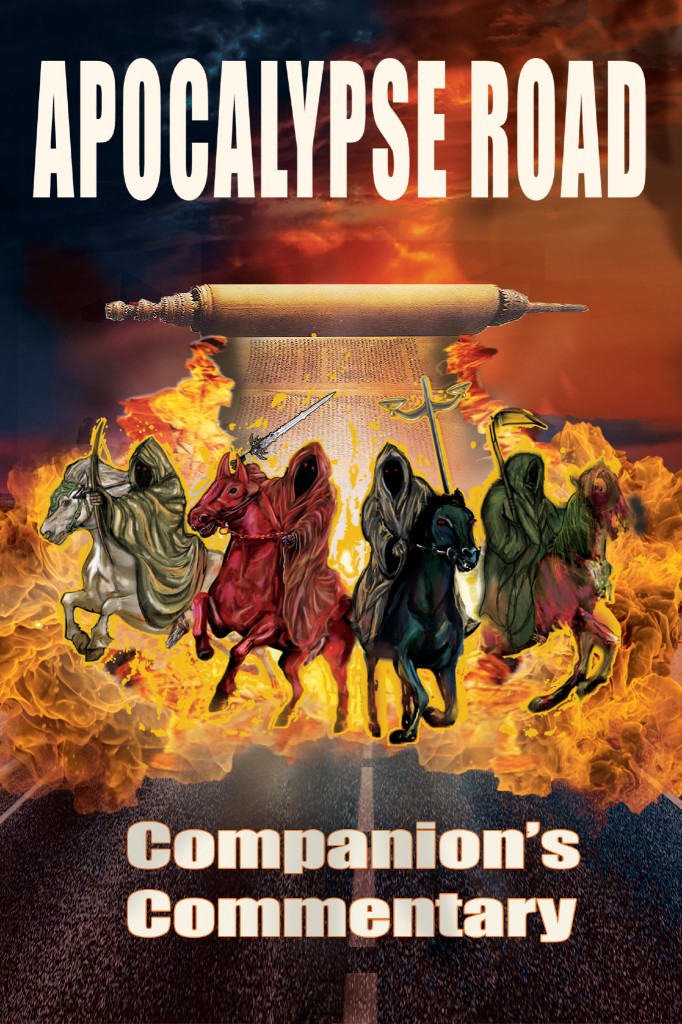 Chapter 3. The European Union Consoles Israel …
Topics Covered: The EU and the Revived Roman Empire
The Coming Greater, Safer and Wealthier Israel
Russia’s evil plan against Israel in Ezekiel 38:10
The Decline of the USA and UK
The Biblical Indictment of America

Chapter 4. The EU Condemnation and Vatican Consecration of Russia …
Topic Covered: The Four Final Religions of the Last Days

Chapter 5. 144,000 Jewish Evangelists …
Topics Covered: People Get Saved After the Rapture
Is Receiving Christ a Now or Never Proposition Before the Rapture?

Chapter 6. Hooked in the Jaws – Russia Covets Israeli Contracts with the West …
Topics Covered: The Role of the USA and UK in Ezekiel 38

Chapter 8. The Antichrist and the Coming Global Religion …

Chapter 10. Letter to the Saints Left Behind …

Chapter 12. The Harlot Rides the Beast to Peace and Prosperity …
Topics Covered: The Supremacy of the Eucharist from the Catholic Perspective

Chapter 13. Israel Cleanses the Holy Land …
Topics Covered: Is the Valley of Hamon Gog in Jordan?
Did Jesus Instruct Jews to Flee from The Antichrist into Jordan?

Chapter 19. The Encounter between Satan and his Seed …
Topics Covered: Introduction to the Antichrist

Appendix 1. The Sinners Salvation Prayer
Appendix 2. The Tribulation Saints
Appendix 3. The Seven Letters to the Churches
Appendix 4. The Marian Apparitions Connection with Ezekiel 38

Welcome to the commentary section of the book. As stated in the introduction, this segment provides “biblical believability” to the adventurous scenarios depicted in the novel. It’s designed to enhance the fiction section, but has been conveniently positioned behind the novel for those who choose to read it independently. This dual format was selected to cater to both fiction and non-fiction audiences.

Maximum enjoyment and enrichment can be achieved by reading both the novel and the commentary together. This can be accomplished through either a chapter-by-chapter, or section-by-section, review of the book. Some might prefer to breeze through the novel before reading the supporting commentary. Others may seek to study the prophecies as they unfold one chapter at a time, by flipping back and forth between the novel and the corresponding commentary.

Throughout man’s history a multitude of masterpiece manuscripts have been written. Many of them were based on true stories. Whereas those were inspired by people and events of the past, this story could easily become based upon the true accounts of someone in the future. This is entirely possible because, even though the characters are made up, their last days life struggles are realistic.
Certainly, we know from Revelation 19:10 that the testimony of Jesus Christ is the spirit of prophecy, and thus we confidently conclude that the Bible is based upon his story. However, as the powerful scenarios depicted inside Apocalypse Road unfold, they will undoubtedly serve to shape numerous additional autobiographies.

The question is, whose? Who will become the wiser for the reading? The world is about to undergo a significant period of unprecedented tribulation. Who will discern the times and heed the signs? Who among you will rise to the occasion and shine forth in the last days like a beacon of light in a dark world?

Some of the episodes explored in this commentary section deal with predicted events that the author believes could happen during the Post-Rapture / Pre-Tribulation gap period. Since the Rapture is an imminent event, this means they could happen before, during, or shortly after you read this book, but probably sometime within your generation.

The author is not making this statement because he claims to be a prophet, but because the world stage is set for the near-fulfillment of the primary prophecies described inside Apocalypse Road. That’s right; the stage appears to be set up for dozens of prophecies to find near-fulfillment. This is a daunting possibility qualified by the fact that every weapon is fashioned, technology developed, empire-revived, and confederate-alliance-formed, enabling all of the end time’s prophecies to be fulfilled.

Prophecies were issued through the ancient Hebrew prophets in both near and far formats. The near prophecies had to be fulfilled during the prophet’s lifetime. Upon fulfillment of a near prophecy, the person earned the right to be identified as a true prophet, verses a false prophet. False prophets presented misleading information that often led to idol worship or loss of life. As such, they were punished by death.

The fulfillment of a near prophecy authenticated the prophet, and accredited all of his or her far prophecies. The logic was, if the prophecy occurred exactly as foretold during the person’s lifetime, then all the prophet’s future predictions could also be counted on to be fulfilled exactly.

Although the prophecies in the Companion’s Commentary were far off prophecies when written centuries ago, they are rapidly approaching their near future fulfillment. Only those once far, but now near, prophecies that the author believes are soon forth-coming, are identified in this book and the first book of this series called, Revelation Road. Each “Road” series book picks up where the previous left off. Ultimately, the series intends to identify chronologically the prophecies scheduled to occur between now and the second coming of Jesus Christ. 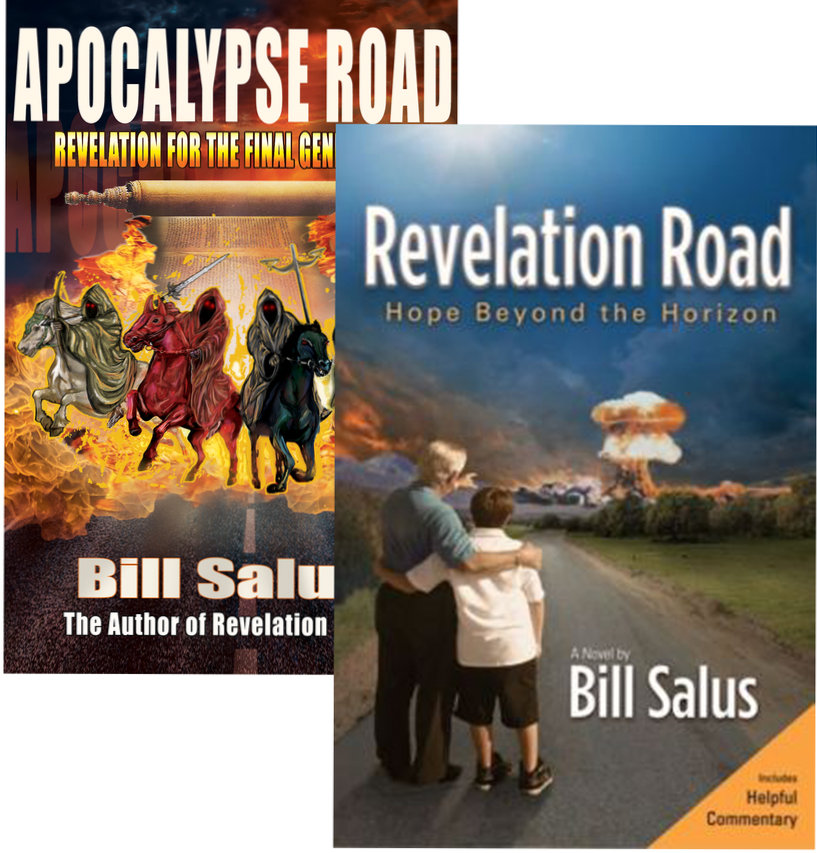 CLICK HERE to Pre-order Apocalypse Road, Revelation for the Final Generation for $19.95 plus S & H.

CLICK HERE to Pre-order Combination of Apocalypse Road and Revelation Road for $37.95 plus S & H.

*All Products are shipped at the same time, which is when Apocalypse Road is released.

CLICK HERE to return to the Apocalypse Road main page