What Generation Will Not Pass? 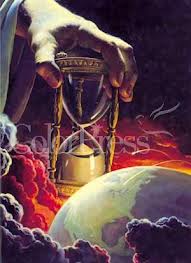 QUESTION – Dear Bill – the 2nd to the last sentence in your article dealing with the 40-year Egyptian Deportation, creates a nagging question in my mind that I need your help with. You make the following statement: “I could easily see humanity existing several more decades.” How does that fit in with the commonly held belief that Israel’s rebirth was the fulfillment of Matthew 24:32 and that Matthew 24:34 states that generation that sees all the things of the preceding 32 verses of Matthew 24, including Israel’s rebirth, will not pass away before Yeshua returns – 2nd Coming. (Read Egypt’s 40 – Years of Desolation)

ANSWER – Dear Brother Mark thank you for your question– Yes, I did conclude the article by writing; “I could easily see humanity existing several more decades.” However with that said, I believe Christians should be fervently watching for the Rapture and Psalm 83 to occur very soon.”

First let me state that I’m not sure of the expiration date of this present earth. All prophetic signs indicate the end is extremely near. However, many biblical prophecies are still forthcoming and they will require time to find final fulfillment. One event builds upon another like birth pangs with each subsequent event appearing to overshadow the prior.

Secondly, I believe you answered your “nagging question” with your own quote; “Matthew 24:34 states that generation that sees all the things of the preceding 32 verses of Matthew 24…will not pass away before Yeshua returns…”

Many attempt to interpret Matthew 24:34 by attaching the length of a biblical generation to the fig tree prophecy of Matthew 24:32. I wonder what they are going to say if 2049 rolls around and the 40-year, 70-year, and 100-year generational interpretations no longer apply? Assuming that by then, “all these things take place,” which is actually what the NKJV text says.

In fact I was recently asked this question by Dr. David Reagan the founder of Lamb and Lion Ministries in one of his prophetic forums. 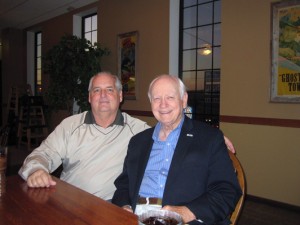 Below is the answer I gave to Dr. Reagan. The entire interview can be read in two parts at these links:

Conversely, I don’t believe these passages date set when a final generation exists; rather they simply inform us that a final generation will exist. After drawing attention to Israel as the super-sign of the end times in Matthew 24:32, Christ says in verse 34, “Assuredly, I say to you, this generation will by no means pass away till all these things take place.”

This beckons the question of “What things was the Messiah alluding to?” Certainly the main thing Christ alluded to was the nation of Israel as the parable of the fig tree, but the Lord didn’t say “When you see that sole thing, the final generation exists.” Christ alluded to everything that He had predicted throughout Matthew 24:2-29, 32.

The point I believe the Lord was making, is that some generation will be able to say, “Yes, everything that Jesus Christ predicted in the Olivet Discourse has found fulfillment with 100% accuracy.” That generation will be the Tribulation Generation that can say all the prophecies can be read about in the history books.

The generation that can declare that all the Matthew 24:2-29, 32 prophecies have found final fulfillment will be able to say there is only one more main prophecy that we await, and that is the glorious Second Coming of Christ (Matthew 24:30). That final generation will have nothing else to watch for, or hope in, but the return of the Lord to remedy the heinous condition of mankind; and indeed He Comes!